My Uncensored Opinion of Flu Shots 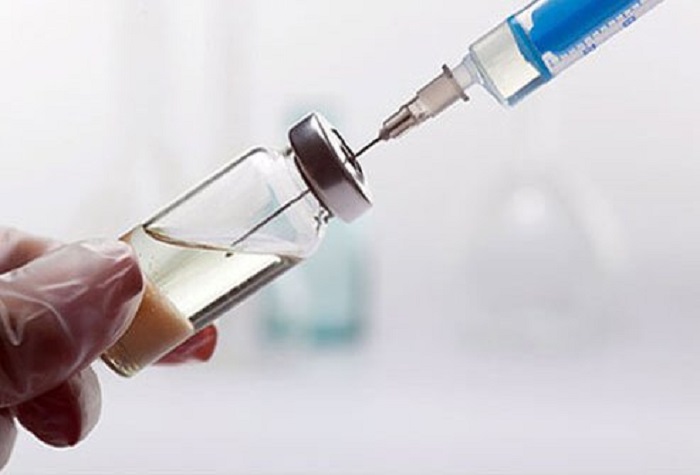 Flu Shots And What You Should Know

I stay away from flu shots like the plague. Why would I want to inject antifreeze, mercury, aluminum, formaldehyde, carbolic acid, chicken embryo and supposed flu virus into my body?

Did you know the amount of mercury in just one flu shot is significantly over the recommended “safe dosage” level of mercury? As far as I’m concerned any mercury is too much mercury. Why would I purposely inject myself with multiple poisons? This is the height of idiocy.

Did you also know that there has been no “legitimate” study to actually prove that flu shots actually prevents the flu or decreases mortality. Most flu reported deaths are actually death from pneumonia anyway.  And you won’t get pneumonia either if you eat an Optimal Raw Food Diet.

About five years ago my grandmother was considering taking the flu shot. I warned her and my grandfather of the dangers of flu shots. But she bowed down to the pressure to take it from her doctor and friends.  Next day she had bronchitis. Now she doesn’t take flu shots anymore.

On my forum at HowToGoRaw.com this issue about taking flu shots came up from one of our members who happens to be 100% raw. In any case, one of the other members mentioned that his wife and child took the flu vaccine and both got the flu and yet he didn’t take it and didn’t get the flu.

Surprising Candor in this Interview with a Flu Vaccine Manufacturer

If I Were Masochistic

If I wanted to get the flu and do neurological damage to my brain and possibly develop Guillain-Barré syndrome then I’d definitely be up for taking the flu shot. But since I’m very happy and not masochistic or suicidal I don’t plan on taking it any time soon.

How about Chet Day? He’s a prominent health educator (though I think he could improve his results with a 100% raw vegan diet) and I read many years ago what happened to his wife after taking the flu shot. First, she immediately got the worse flu of her life. Second, as a result of taking the flu shot, she didn’t spend more than 3 hours out of bed at a time for ten years. The flu shot gave her Chronic Fatigue Syndrome.  That’s right: She was mostly bed ridden for TEN YEARS.

People please realize these flu shots (like all the other vaccines) are another scam from the people who are proudly bringing you the New World Order. Just about the only time I’ve been mildly sick during my time being 100% raw was when I was stupid enough to get a tetanus shot when I was getting 18 stitches for a cut I made on myself with a knife.

Sure enough the next day I had mild cold symptoms that lasted a week. When I later found out what was in that tetanus shot I was really pissed at myself for having fallen for it.

Just thinking about it now enrages me. I was taken advantage of by the drug cartel who wants to make me sick and make me pay them for the right to get sick. But best I drop that anger and get back to the message.

The only other time I had a “healing crisis” (Natural Hygiene slang for a cold) is when I ate a ton of raw dehydrated pizza crackers on a road trip to Delaware. My body reacted to those as if I had eaten real or cooked crackers.

If you eat an Optimal and 100% Raw Food Diet, get enough sleep and take care of your health you’ll have very little chance of getting the flu. I have not had it since I’ve been 100% raw.

I know of several Raw Foodists who lived with other people who eat cooked food and who get sick but the raw foodist never gets sick. There was even this one guy Ralph who asked his sick parents to sneeze on him or (his food) somehow he made darn sure he had their germs or virus or whatever the heck those little buggers are.

And of course, he was perfectly fine. He made numerous attempts to catch what they had but he was completely immune. I used to teach tennis and I had plenty of students sneezing on me and I never got sick as a result. I taught a lot of kids but flu season came around and I was perfectly fine every year. Yet I used to get the flu just about every year and certainly I got several colds per year.

But realize one thing. If you’re still eating some cooked food, you don’t have immunity to colds and flu’s. The best protection is being 100% raw. An 80% raw diet is not good enough, you’ll still be creating the filthy internal environment in which colds and flu’s thrive.

To enjoy Superbeing level benefits, you must be 100% raw. Only when you’re 100% raw will you start to get the over 40 life-improving and Superbeing unleashing benefits.

You want to avoid the Mucus Forming foods, which most cooked foods are. Arnold Ehret wrote a classic book which shows the true cause of colds and flu’s, which of course is the consumption of mucus forming foods.

Let’s say its garbage pickup day but you don’t have any garbage to put out on the curb. If there’s no garbage to pick up, the garbage man (germs) will not come to your house (your body). Or you can only get sick if there are excess toxins and therefore mucus on which the germs, etc. can feed on. They won’t attack healthy and clean cells.  It’s not the germs or virus which causes the flu it’s a toxic inner environment to which they are attracted.

If the virus (not even a living organism but that’s a story for another day) was the cause then everyone who was exposed to the flu would get it. But why is it that people who go raw, rarely if ever get the flu or colds for that matter? Heck some people even if they aren’t raw don’t get the flu even when they are surrounded by others who have it.  It’s because the virus is not the causative factor but inner filth is.  So get your body clean as a pure mountain stream by going 100% raw.

When you do so you’ll almost certainly never get the flu again. Of course, you’ll likely heal many other so-called old age sicknesses as well like arthritis and premature wrinkles.  In fact, going 100% raw is the sure way to unleash the Superbeing inside of you. Come and join us who are in the 100% raw club for the most exciting life imaginable.

Don’t you want to have an Adult-Brain in a Teenage-Body? Why grow old, fat and crippled? Why have a boring and ho hum life? When you go raw, every cell in your body awakens and gives you pleasure. Each cell radiates light, happiness, strength and well-being.

Raw fruits are loaded with light and happiness. It’s literally like eating sunshine and then that sunshine glows from within and opens up your spiritual attunement like nothing else.

To Your Radiant Health and Happiness,

P.S. Can You Find The Raw Food Diet Success Secrets Hidden In This Letter?