The FDA is Running an Extortion Racket 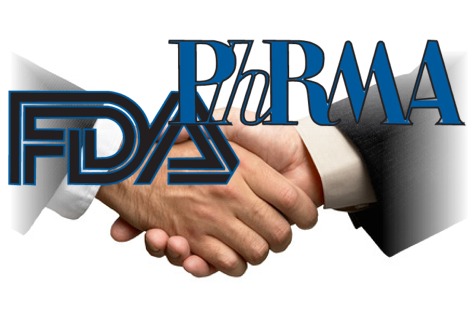 The FDA extortion racket works like this: FDA employees use keyword-scanning software to scan the Web pages of natural health product and supplement companies. They look for terms like cancer, cures, treatment, remedies and other “forbidden” words.

The extortion racket goes like this: FDA employees then review the discovered pages to determine if they contain any words that might inform consumers of the health benefits of the nutritional products — or links that point Web users to scientific articles from peer-reviewed medical journals that explain the health benefits of specific foods, supplements or nutrients. Companies are even targeted for simply posting customer testimonials, even when those testimonials make absolutely no health claims.

When offending words or links are found by the FDA, they contact the company and warn them to remove all information and links from their websites. Cherry products, for example, cannot link to scientific articles explaining the simple biological fact that cherries ease inflammation in human beings. Such links are considered “drug claims” by the FDA.

If the company being targeted refuses to fully comply with the FDA’s requests, the FDA then threatens the company principals with arrest and seizure unless they agree to pay hundreds of thousands of dollars to top FDA contractors and sign a “consent decree” where the company “admits” to committing various crimes.

The FDA employees or contractors receiving the extorted money, it is claimed, are being paid to “review web pages” to make sure they don’t contain anything that might inform consumers about the scientifically-validated benefits of the health products being sold.  An extortion racket have never been more evident.