How to Take DNP 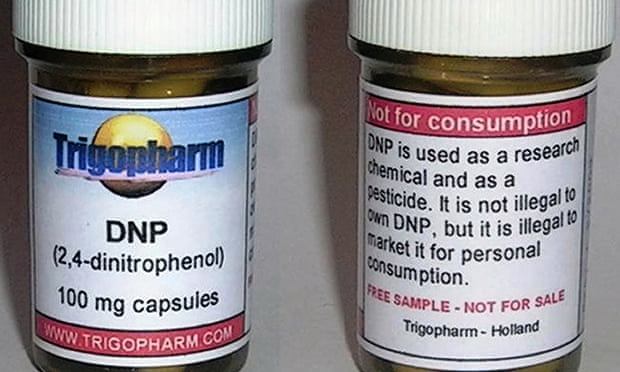 How to Take DNP

Are you looking for real information on how to take DNP? If so, you are among a huge community of people who are looking for supplements that work for dramatic fat loss.  If this sounds interesting, I caution you.  Read on…

DNP (2,4-Dinitrophenol) prompts weight loss by burning carbs and fat. When people take it they experience a boost in their body temperature and metabolic rate. Sounds great, however, the increase is so high that it can caused death in many cases.  Yes, it’s VERY risky to take this product.

This chemical’s main purpose is fertilizer.  It’s also key in the manufacturing of dyes and explosive as well as a photographic chemical. It’s hardly a product for weight loss, don’t you think?

In the beginning, DNP was the key component in making bombs.  It was mixed with picric acid during WWI to make explosive. Exposure of this chemical will cause you to feel fatigue, cause excessive sweating, and elevated body temperatures.  In addition, weight loss, but you suffer the deadly side-effects.

DNP burns fat by interfering with a cellular process that happens in the area of cells called the mitochondria. Mitochondria are cigar-shaped structures in the cytoplasm. It’s where cellular energy is produced and fat is burned.  In the mitochondria is where DNP comes into play, since it works by uncoupling oxidative phosphorylation. That just means that it interferes with the cellular process of adenosine triphosphate (ATP) synthesis.  ATP is the immediate energy currency of the cell.  All energy-producing nutrients, including carbohydrates, are eventually converted into ATP.

A simpler explanation is that fat loss results occur because it works by releasing energy  as heat.  In doing so, ATP, which provides energy for cell processes, is not made.

The notion to use DNP as a fat-loss aid came from noticing the effects on World War I French munitions workers, who manufactured explosives using a mixture of 40% DNP and 60% TNP.  The DNP was absorbed in the factory workers’ skin, leading to rapid fat losses.

Noticing the unintended weight loss of factory workers led to further studies.  Stanford scientists discovered the bright-yellow compound had fat-shredding properties.  In 1933 it was tried for human consumption and marketed as a magic pill for weight loss.  In 1934, roughly 20 wholesale drug firms were marketing it and as many as 100,000 people had taken it in the United States.

Then all hell broke loose. The side-effects of the chemical began to surface, ranging from dehydration, cataracts, and even death.  As a result, the Federal Food, Drug and Cosmetic Act of 1938 ruled DNP as “extremely dangerous and not fit for human consumption.”

How DNP Works for Fat Loss

In early studies, those taking DNP didn’t diet, yet still experience significant weight loss. Out of 170 subjects, the typical weight loss was 17 pounds, about 1 1/2 pounds per week. The weight loss was primarily body fat since there was no muscle breakdown.

DNP quickly increases the BMR which leads to head-spinning fat loss.  It works by blocking the storage of energy in cells.  This blocking stops the production of fat.  While this all sounds find and dandy, DNP is a highly toxic substance. It wasn’t created to be used as a weight loss supplement.  It was used by the French for manufacturing munitions during WWI.  It’s also used as a pesticide, a dye, and as a wood.

Proper dosing of DNP is difficult.  DNP increases resting metabolic rate by 11% for each dosage increase of 0.1 milligram.  Research shows that doses of up to 0.5 grams (5 milligrams) per 2.2 pounds of body weight (1 kilogram), were tolerated by most people. Side-effects included feeling warm and increased sweating.

If you are looking on how to take DNP and the dosage amount, here it is. Don’t. Do not take this deadly chemical. If you take the wrong amount, the breakdown of body fat coupled with overheating and a lack of ATP will cause death.  There is no treatment for someone who has taken too much.

Taking DNP over a long period of time can cause cataracts and peeling skin.  It can also cause damage to the heart and nervous system.  Animal studies have suggested it may also cause cancer and increase the risk of birth defects.

Other names for DNP, which comes in a pill or powder form, include:

So, is DNP legal?  It’s legal to have it in your possession, but it’s illegal to sell DNP as a weight loss drug. My best advice concerning this deadly chemical is just to stay away from it.  It’s the most dangerous drug ever used by bodybuilders.  For more information, see below…

Now, if you are looking for real information on real and natural supplement that help you lose body fat, you need to take part of our natural bodybuilding course.  Get all the inside information to transforming your body... 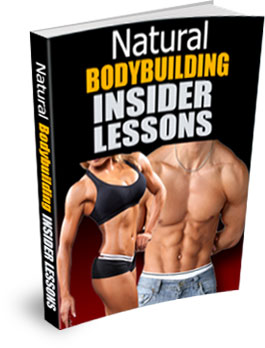