Help! I Just Ate A Carb! 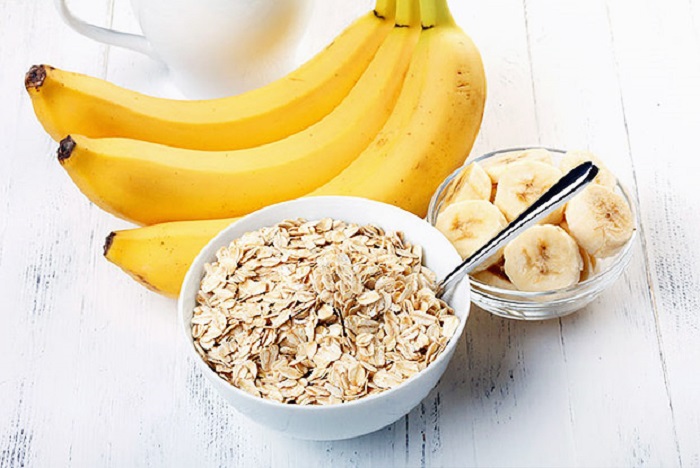 Have you ever freaked out because you just ate a carb?  I think I finally realized that the low-carb craze spreading across the globe has ultimately reached a level of obsession when I was standing next to my car at a local convenience store, pumping gas.  While listening to the canned music coming from the speakers overhead, the music was suddenly interrupted to broadcast an advertisement… for the “LOW CARB SLIM JIM™”!

Yes…the Slim Jim™!  Those spicy, greasy sticks of leftover processed meat found on store counters all over the world are here to give dieters everywhere the assistance they’ve been looking for to finally trim those waistlines and let those abs poke through!

Of course, you should ignore the 13 grams of fat in every slimy stick you pop into your eager little mouth, right?  Or at least that’s what the company would LIKE you to think, because everyone now knows that it’s the CARBOHYDRATE that’s your true enemy in the fight against fat right?  WRONG!

Ads abound for unhealthy products that love to claim low carb in order to lure the uneducated dieter into their tangled web of deceit while adding unnecessary inches to their waistline.  Regardless of whether you’re looking to gain muscle mass or lose body fat, diet will make up the foundation of your program, and understanding the truth behind carb consumption, not the fact that you ate a carb, will make or break your chances for success.

Here are 7 FACTS ABOUT CARBOHYDATES that you need to know before customizing your diet plan:

All carbohydrates are NOT alike, but rather come in two forms: those that break down almost as soon as they hit your stomach (called High-Glycemic Index or High-“GI” carbs) and include such foods as pastries, mashed potatoes, white bread, white rice, fruit juices, etc., and those that digest more slowly in your body (called Low-Glycemic Index or Low-“GI” carbs) such as most fruits and vegetables, whole grain breads, oatmeal, sweet potatoes, etc.

Its’ not that you ate a carb, it’s they type of carb you ate.  As you’re about to learn, each type of carb has a very different effect on your body and knowing when and how to eat each will make or break your success. Read on…

If you ate a cart that had a low-GI, this will be interesting.  Since low-glycemic carbs don’t digest as quickly, when your body is looking for energy it will decide to look toward your fat cells for the fuel it needs.  That means that a steady, regulated supply of the right amount of low-GI carbs will help you burn fat all day long while providing you with the energy you need to make it through the rest of your day.

As an added bonus, low-GI carbs contain more nutrients and fiber which will give you a more “full” feeling and help you avoid those cravings you’re about to learn about in FACT 3…

You might be concerned if you ate a carb that had a high-GI.  Since high-GI foods digest so quickly, they trigger your body to release insulin which forces your body to look to what you just ate or drank for fuel rather than using your fat stores.  To make things worse, this fast digestion means that food empties from your stomach quickly, leaving you craving more of those potato chips, french fries and cookies that got you there in the first place, essentially adding even MORE calories eager to make their way to your waistline.

However, there IS an exception to this rule which you’ll discover in FACT 4…

The insulin spike that comes as a result of eating high-GI carbs can actually become your champion if used correctly.  You see, insulin pushes glucose, the energy source in carbs, as well as protein, into your muscles, which is EXACTLY what you want to happen immediately after your workout.  You will be glad you ate a carb post-training.  While normally your muscles begin to break down following your workout in order to convert stored glycogen to fuel for the body, eating high-GI carbs will quickly restore the depleted glycogen stores and switch your muscles from a “breaking down” state to a “building up” state.

To accomplish this, be sure to take in approximately 70-100 GRAMS of high-glycemic carbs within ONE HOUR after a strenuous workout.

Carbs don’t influence the body independent of other nutrients, but rather are affected by the inclusion of proteins and fats eaten at the same time.  Cindy Johnson at BreakingMuscle.com states, “Other factors are the amount and type of fiber (soluble fiber slows digestion rate and lowers GI rating), the fat and protein content (fat and protein also slow digestion), the specific sugars in the food (maltose converts more quickly than fructose), and the way the food is prepared.”  By combining fats and protein with your higher GI carb meals, you can actually lower the carb’s ability to spike your insulin levels.

Now this doesn’t mean that simply eating a hamburger with your fries will make everything ok!  But it does mean that including a side of pinto or black beans and some lean fish or chicken will help sabotage the evil plot of those mashed potatoes that snuck onto your plate.  So, if you ate a carb, you can blunt the insulin spike.

While those of us who may just look at a doughnut and gain fat need to pay close attention to the type of carbs we take in, those cursed lean people (often called “hardgainers”) may actually benefit from eating high-GI foods some of the time.

Here’s the logic…  In order to gain weight, hardgainers need to consume LOTS of calories…many more than someone with a slower metabolism.  By eating higher GI foods a few times during the day along with their lower GI foods, they’ll actually become hungrier, allowing them to take in the extra calories they need to finally pack on some pounds.

Looking for that “power buzz” to get you through your workout by downing a few candy bars right before?  That initial sugar rush is NOT the friend you think it is.  While you will see a temporary boost in energy from the resulting insulin spike, consuming high-GI carbs right before exercising will leave you stranded without fuel when your body’s insulin levels suddenly CRASH half way through your workout.

Eat low-GI carbs 1-2 hours before hitting the gym and you’ll have all the energy you need to drive maximum power into your workout straight through to the end.  Now you know what to do if you ate a carb.  It’s not such a big deal.

Jeff Anderson "The Muscle Nerd" is the author of this revolutionary new fitness book called Combat The Fat.

Guaranteed To DOUBLE...TRIPLE... even QUADRUPLE fat loss Every Month Or You Keep The Program! Learn more at... www.combatthefat.com 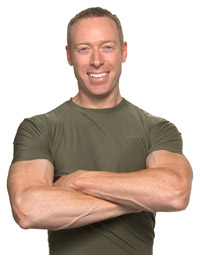