I Hate the Fitness Industry 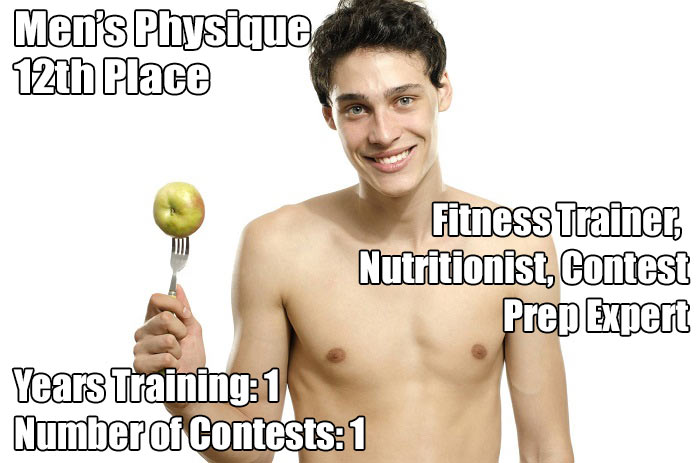 Why Today’s Vets and Experts Hate the Fitness Industry

I hate the fitness industry, but I love bodybuilding. The entire concept of starting with a normal, human anatomy and through years of repetitive action transforming it into a larger than life caricature of borderline ridiculous proportions is something that I not only respect, but find myself addicted to. There is a combination of pure animalistic action (lifting weights) mixed with art and creation (the vision of the final product and maintaining balance) that is beautiful to me in how the two usually contrary elements are equally necessary to achieve the physique you strive to create.

It is a daily grind filled with robot like repetition, done all on ones’ own with the singular goal of hitting the perfect combination of muscularity, symmetry, and condition. The process is not glamorous, but the end product is. There is something somewhat mysterious and noble (or maybe I am just trying to glorify a really boring lifestyle) about putting in the work every day while the rest of society neglects their body, and instead of asking for recognition and fishing for it, you simply wear your hard work and earn it that way.

Then we have the fitness industry. One would assume bodybuilding and fitness are directly related, but in my opinion the two have very little to do with each other anymore. It would be easy to say that bodybuilding was spawned out of the fitness industry, but I would say in reality it is the other way around; The mainstream public were not going to gyms to be more fit until after movie stars like Arnold Schwarzenegger and Sly Stallone showed up on the big screens with Dbol flowing through their veins. The entire “Gold’s Gym” culture was brought to light from the classic Pumping Iron, and society started to adopt the bodybuilding lifestyle slowly, although bastardizing it on the way.

There simply were not infomercials selling fitness accessories and exercise videos until bodybuilding left its mark; it’s just a fact. Arnold was on the scene and he wanted to PUMP YOU UP! Of course, what we saw was a watered down version of the bodybuilding lifestyle trickle its way through to most households, as men would go to their health clubs and their wives would do an aerobics VHS workout. We saw low-fat alternatives to normal foods pop up across shelves everywhere (although no one cared to realize they were loaded with sugar) and seemingly everyone had some concept in their head of what is “healthy” and what is not. And that is the basic seed that was planted that has blossomed today into one giant obnoxious problem; everyone thinks they know something about nutrition and training.

Here is a fact – If you put two people in the gym, even if neither of them look like they have ever trained and both have minimal experience, the one who has been to the gym more times (even if it’s 10 more times) usually speaks as the expert and the other as the student. I have overheard some of the most hilarious and atrocious things being spoken between small groups of people who all look like beginners. I am not sure if this is just human nature or if it is because of the fitness lifestyle being such a normal part of everyday life through commercials and TV, but almost no one is willing to admit they don’t really possess any solid knowledge.  I simply don’t understand it. If you are at the gym with your workout partners and none of you really have any expertise, why wouldn’t you approach the more advanced gym goers instead of bestowing the crown of educator to your one friend who got his membership 4 months before you?

So, from bodybuilding began the fitness industry, which is now its own monolithic beast that in most cases spits on the sport that created it in the first place. The entire thing has been sped up exponentially with the introduction of the MPD (men’s physique division) and Bikini divisions. Now, not only do we have the regular joes think they are personal trainers, but people who don’t even like or understand bodybuilding are IFBB pro’s and followed by thousands of people. The fitness industry has taken away many things that were so purely bodybuilding previously, and bastardized it so that now the phrases have no context.

A “Pro Card” used to be the utmost royalty in bodybuilding, now people can have one within 6 months of training and never hitting a back double biceps pose in their life. Contest prep used to be a very clear process that was brutal and full of months of strict dieting to achieve an insane level of condition, while balancing more muscle than a body should ever carry. Now? Contest prep can mean being 130lbs and eating tilapia and broccoli for 6 weeks with a weekly cheat meal. Those girls (and boys) metabolisms must be firing like crazy with that 90lbs of lean body mass they carry! Jeez, what a tough balance.

Sponsors Are Getting The Better Deal These Days

A sponsorship deal used to usually include thousands of dollars in exchange for your likeness to be plastered across multi-page ads and represent a company as their face; now it usually means three free products a month and you get to market the brand yourself through your social media.

The internet has only helped turn everyone into experts, and now anyone who has read a viral Facebook article on clean eating can bicker back and forth with someone who has been in the trenches for two decades. It’s getting to the point where you can have conversations at the gym with people who look normal only to find out they are 10 weeks out from their MPD debut, and when you tell them you are a bodybuilder they almost look at you like “why?”.

Bodybuilding used to be filled with alpha male characters who all had their own personalities and different physiques. There was an overall camaraderie, but for the most part each man stood on his own two feet and had no desire to blend in. Today’s fitness industry is one big melting pot of hair gel and eating disorders. Everyone wants to be on team this or that, whether it be a training team where the coach sends out mass emails with the same diets for everyone, or supplement company teams so they can add it to their Instagram profile. These people want to tell you what they trained today instead of just training and letting you make the observation.

I’m tired of all of this fitness nonsense. No one cares if you “killed chest today”, and unless your chest is bigger than everyone else I sure as hell don’t care what exercises you did. Thanks to this “everyone can do it!” mindset we now usually have almost as many competitors in a show as there are spectators. Think about how absolutely ridiculous that is for just a moment. We have watered down the ultimate pursuit of perfection into a look-at-me pageant where everyone and their fat cousin gets a turn. No one is denying that some of these people look great, the issue is that there are tons of people out there who look great…Do they all deserve to be admired and critiqued on a stage? God no.

I, for one, do not see a connection between fitness and bodybuilding anymore. Fitness is defined as “the condition of being physically fit and healthy”.  Bodybuilding is about achieving inhuman things and representing a higher standard, and sadly it has become the red-headed stepchild of the lifestyle it created.

Coming from a background in the music industry, Taylor now focuses his creativity in the world bodybuilding. From being an avid member of the online community to assisting major media outlets cover IFBB contests, he is passionate about all aspects of the sport. At Projectbodybuilding.com Taylor will be writing feature columns as well as being a regular personality on radio shows. 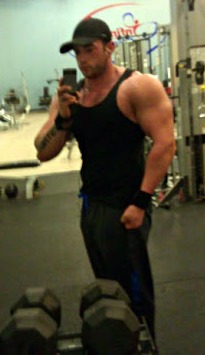