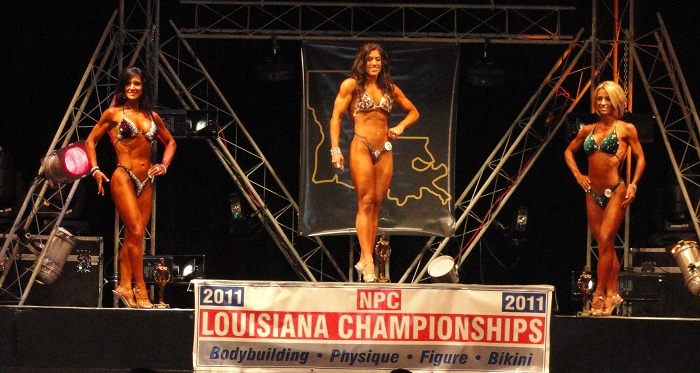 It’s getting closer.  You are 2 weeks out from your first figure competition and peak week is just around the corner!  What do you do, get excited or panic?  Well, if you didn’t do your homework and are unprepared, your first instinct is to panic.  However, if you’ve kept up with me, Karen Sessions – Figure Coach or my best-selling eBook Figure Competition Secrets you can get excited and ease into peak week over the course of these next 14 days.

When you are 2 weeks out from your contest there are certain things you should and shouldn’t do.  In fact, the last two weeks are when most figure competitors make drastic changes and harsh mistakes, totally ruining their physique and a shot at a trophy, win, or even an overall title.

Here’s the deal.  General figure prep plans run an average of 12 weeks.  That actually gives you 11 weeks to prep because the final week is peak week which is a totally different ball game.  Now, 11 weeks of prep is not really a bad deal because most women can lose about 2 pounds of body fat a week.  If you prep for 11 weeks, you can lose 22 pounds of fat.

Rebecca Slatt at bodybuilding.com admits, “When I was 2 weeks out, I was dropping body fat like crazy! I had to bump up my fat grams to 55.”  Rebecca can make such an adjustment 14 days from her show because she is very in-tune with her body and monitors EVERYTHING!

Some competitors extend their contest prep to 14 weeks.  Any longer than 14 weeks of prep can be damaging to your metabolism, unless you are working one-on-one with an EXPERIENCED Figure Coach who can constantly tweak your calories, macros, and workouts to prevent metabolic downgrade.

What You Should Do 2 Weeks Out

One major thing you SHOULD do when you are 2 weeks out from your contest is Do Not Change Anything!  You absolutely heard me right.  Don’t change anything because you have one more week to lose two more pounds of body fat.

Then, when you are 1 week out, peak week, you have an opportunity to lose 3-4 pounds of water, making you hard and defined, just what the judges want.

The mistake a lot of athletes make 14 days out from their show is they look in the mirror, “think” they are not lean enough or look and feel bloated and decided to cut out salt.

This is a drastic and dangerous tactic, especially to go low to no sodium for 2 weeks.  In fact, that’s just crazy.

Your Salt Intake Two Weeks Out

First of all, sodium is a mineral.  Your body NEEDS it to sustain normal blood pressure and general function of your nerves and muscles. Like it or not, sodium is a part of your body and a percentage of it is stored in your bones, body fluid, blood plasma, and the fluids that surround your cells as well as the fluids that are within your cells.

Your body naturally loses sodium daily through sweating and urinating.  Top that off with a competitors structured low-sodium diet; most are really walking a fine line the final month as it is.  You will become a walking time bomb if you cut sodium 2 weeks out from your figure competition.

If you restrict your salt too soon you will experience a lack of focus and concentration, overall weakness, muscle cramps, light-headedness, etc.  If you allow this to continue an extended amount of time, your entire blood circulation system can shut down due to lack of conductivity and you can literally go into shock.

I didn’t intend for this article to be negative or to scare you, But you really need to be informed on what NOT to do (cut sodium) 2 weeks out from your contest.

There absolutely is a way to lower salt in your prep diet during peak week.  But, you have to do it very precisely.

You can trick the body with sodium and water manipulation, but only for so long.  It’s a very short and timed process.  If you cut sodium too soon and for too long, your body will retain water.  Then you can suffer some devastating consequences.

Crash Course So You Can Get Started

Are you ready to take your diet, training, and physique to the next level and compete?  If so, I have the information you need.  Join over 73,000 others who are using my FREE Contest Prep Course to get lean and compete.  Click the link below to get started… 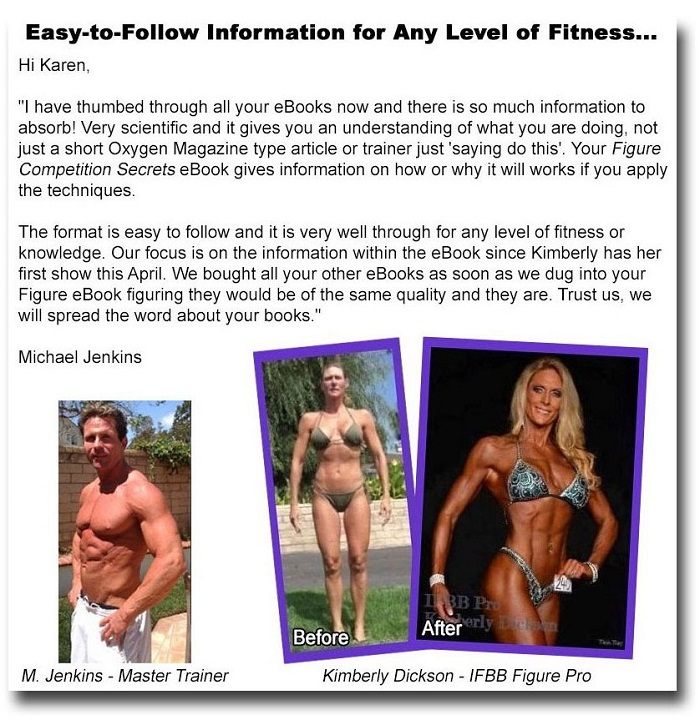 It's not enough just to prep for your competition.  You have to be dead-on with your peak week plan.  Anything off by the slightest will cause you to bloat on stage.  Get the information so you can step on stage cut and detailed.  Click the link below for FREE Immediate Access...