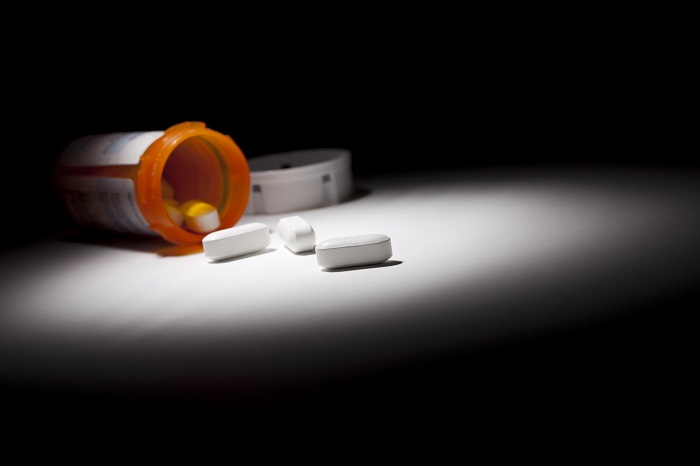 How The FDA Is Killing You By Drugging You

In November 2007, a 60-page report titled “FDA Science and Mission at Risk” was released by the FDA. In this report, the agency admitted that it lacks the competency and capacity to keep up with scientific advances.

The FDA now admits that Americans are suffering and dying because the FDA does not have the scientific ability to ascertain if new drugs are safe or effective or to evaluate scientific claims.

These failures affect the health of all Americans. Good drugs are not approved or approved after interminable delays. Even after new drugs are shown to be safe, doctors cannot use them with terminally ill patients whose cases are otherwise hopeless. Bad drugs are approved — often on the basis of a recommendation by panels whose members include drug company consultants.

The record with the food supply is almost as bad as with drugs. When fresh food turns out to be contaminated, the only solution the Agency can come up with is to “nuke” it with radiation. What does this do to food? The FDA certainly does not know.

The FDA pushes forward, approving faulty and dangerous drugs and medical devices by the thousands and approving toxic chemicals for use in baby formula, baby bottles, and prescription drugs. Meanwhile, the FDA pursues what can only be described as a harassment campaign against those who want to rely on wholesome foods, dietary supplements, and lifestyle changes to achieve natural good health.

A veritable revolution is taking place in the science of food, food extracts, and food supplements. Food producers would like to tell the American public about it. Millions of lives could be saved as a result. But the FDA will not permit it. The Agency ignores first amendment protections and censors the communication of valid scientific information.

The epidemics currently plaguing this country — cancer, obesity, diabetes, asthma and allergies, and many other debilitating disorders — are linked to manmade products and processes that the FDA has approved and promoted. These failures have resulted in the sickest generation in the history of this country. The agency seems to have lost sight of its mandate to protect the public and has instead come to see itself as the guardian of corporate interests. It is time to end the many conflicts of interest linking the FDA to the pharmaceutical and chemical industries, conflicts of interest that betray the public and harm so many American consumers.

It is time to reform the FDA!

To persuade Congress to address the comprehensive failure of the FDA, the American Association for Health Freedom has drafted a petition to reform the FDA.

Simply go to ReformFDA.org and add your signature.

You can turn the FDA around and help restore health in the United States. Please avoid underestimating just how much influence you have. You can make a HUGE difference by signing the petition below and spreading the word to your friends. Together, we can make a difference.

For those of you new to this issue, I can sum up the problems with the FDA in one word: money.

The FDA is assigned to protect and regulate the food and drugs made available to citizens in the U.S. Unfortunately, the FDA is largely bought and paid for by drug companies. Known toxic products such as bisphenol A, flu shots and aspartame have all been allowed and defended by a highly manipulated FDA.

Meanwhile, companies selling legitimately healthy items, such as cherry juice or raw milk, are targeted and in some cases subjected to extortion.

The FDA is Threatening Your Health Freedom

And in June 2007, the FDA announced new standards for dietary supplements that were intended to improve consumer safety. In reality, the 800-page rule surrounds the dietary supplement industry with regulations and requirements in excess of those imposed on the drug industry, and up to 50 percent of small companies will simply not be able to afford to comply.

Even before this new ruling, supplement makers were (and still are) limited from making health claims (this is reserved only for drugs). Sounds reasonable, doesn’t it? But consider that it’s still illegal even in cases where the claims have been clearly proven — so cherry growers cannot legally say that tart cherries may do more good than aspirin or other anti-inflammatory drugs when it comes to pain relief, even though studies back them up.

This is why the American Association for Health Freedom (AAHF) states that the FDA “ignores first amendment protections and censors the communication of valid scientific information.” They continue:

“The agency seems to have lost sight of its mandate to protect the public and has instead come to see itself as the guardian of corporate interests.”

And the time has come for change to happen. Says Hunter Lewis, president of AAHF:

“The FDA’s own mission statement says that the Agency “is responsible for…helping the public get the accurate, science-based information they need to use medicines and foods to improve their health.” Given this mission, it is perverse to allow pharmaceutical companies to spend so many billions on consumer advertising but not to allow food producers to tell the public about legitimate and revolutionary food research.

This is all the more true given our heritage of free speech and free science, the opportunity to save or prolong millions of American lives, and the need to use every resource at our command to reign in surging and economically destructive healthcare costs.”

As it stands, the FDA is censoring your right to know about foods and supplements that can help you stay healthy and prevent disease. At the same time, they are allowing dangerous drugs and consumer products to remain on the market and be sold and aggressively advertised as safe.

The FDA is beginning to admit its shortcomings, and in their report admitted:

Now is the time to let the new US Congress know that these failures, double standards and inconsistencies are no longer acceptable. Your help is urgently needed, as a large number of signatures are required to compel Congressional Action.

So if you believe reforming the FDA is a worthy cause, please sign the petition now, and encourage your friends and family to do so also.