Eating Bread and Carbs During Prep

Learn The Truth About Eating Bread and Carbs During Prep 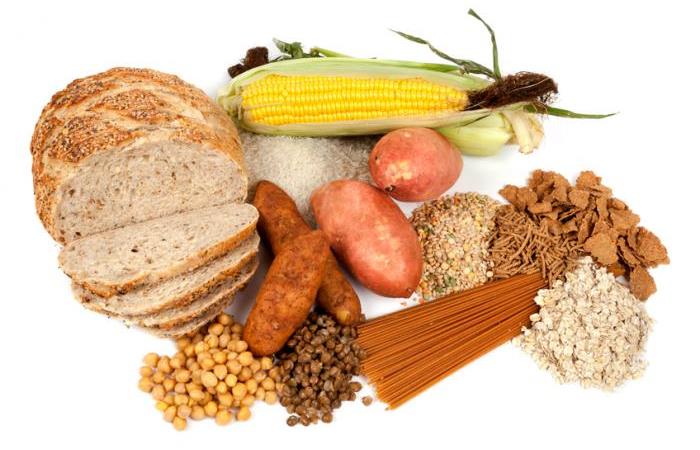 Should you eat carbs during prep?  I’ve been in the fitness industry since 1988 and during all these years I’ve seen many fitness fads and trends go by.  They last a while, but fads and trends are basically crazes and short-term changes with no data to back them up.  In the end, real results always go back to the basics, a good balanced diet, weight training, and cardio.

QUESTION: I’m terrified to eat breads and carbs during prep.  I don’t know if I should eat wheat products & starches during prep yet i see your plan and others that call for eating them. Can i prep without them? I don’t want to bloat and add more body fat by eating too many carbs.

That’s a good question.  I will explain about breads and carbs during prep, the how’s, and the why’s.  It’s not that you can’t ever have them.  You can have them at certain times. At some point you’ll have to go through a carb-weaning process to pull you in hard.  Let’s discuss it a bit…

In the early 1990s I worked at a weight loss clinic that promoted low-fat and high-carbs.  That was the fad and trend back then.  I got pretty good at the low-fat thing.  Hey, back in the day I was game for the new kid on the block because I was still in my learning phase.  In fact, I was so good at the low-fat trend that I got my fat grams down to 7, yes 7 grams a day!

My co-workers and I would eat baked potatoes with chicken diced in it and any other carb and protein combination, as long as we kept our fat grams to the bare minimum!  Fat equals fat, right?  That’s what we were taught, and that’s what the owner and instructor of the weight loss clinic was teaching his patients.  How could it be wrong? It was on TV, on the news, in all the magazines, everywhere!  “Don’t eat fat! Eat carbs and lots of them because they are only 4 calories per gram.”

The Studies Failed Us

After much trial-and-error on low-fat and high-carbs I didn’t get the AMAZING fat loss changes, but then again I was trying to build muscle to compete in female bodybuilding.  But you would think that extremely low fat in a diet would really make you drop body fat.  That’s what the “scientific evidence” told us.

The carbs helped some with strength, but the lack of fat in my diet prevented the natural hormone production my body needed for muscle growth and it prevented the absorption and transportation of vitamins minerals.  So for a while I was just shooting myself in the foot, wasting my time, which really pissed me off.  Having fat in the diet is ESSENTIAL!

Bodybuilding and Carbs During Prep

So off I go to complete in female bodybuilding.  Back then it was really rigid and usually only the top 3 or 5 would get a trophy and only the winner in each category would be able to move to the national level.

So I did several shows trying numerous different dieting tactics, low-fat, low-carbs, low calories, carbs during prep etc.  I’ll be honest with you and tell you that I give each show 100% to the method I was using so I could see how it worked.  Some competitions I did well in, others, I just didn’t think I looked as I wanted to look.  I was determined it crack the code and find out the secret to building muscle the complete package and winning overall.

So to get to the question of this article:

Can you eat bread and carbs during prep and does it bloat you or add body fat?

First, good question.  That was my question too when the fad and trend shifted to low-carbs.

You need to create a baseline diet with enough calories to support your BMR and activity level.  Eat enough carbs to sustain energy levels and prevent mad cravings, eat enough protein to support muscle maintenance and growth, and let fat take up the slack.  It’s a balancing act indeed.

If you eat natural carbs, not processed, you shouldn’t bloat too badly.  Generally you will hold 3-4 grams of water for every gram of glycogen you hold. This is why you may notice the scale weight go up a good 3-4 pounds after a good cheat day.  The simple act of getting back on your diet and drinking a lot of water will flush it right out and your body weight will stabilize in about 4 days.

Now, most competitors prep for 12 weeks. Some competitors diet for 14 weeks so they can slowly wean out the junk food and get in the swing of dieting.  The way to diet is to include a good balance of protein, carbs, and fat in your diet.  Then, tweak those calories and macros as you lose fat.

Eventually you’ll want to lower the carbs some and add in more non-starchy veggies, and you’ll get to a certain point that it’s a good idea to limit if not omit bread and dairy, but that’s during the final stretch.

Here’s How to Diet Down on Carbs During Prep

In the end, getting learn, hard, and cut requires you to diet down.  Part of the process of dieting is to get off the carbs and eat more protein, veggies, and essential fats.  That’s the trifecta to a ripped body.  I can show you all this in my FREE Contest Prep Crash Course.  See below…

What You MUST Know...

Don't wait for another year to pass by.  If you want to make your dreams come true, you need to take action.  Get my FREE Contest Prep Crash Course so you can prep the right way the first time.  Click the link below for FREE Instant Access...