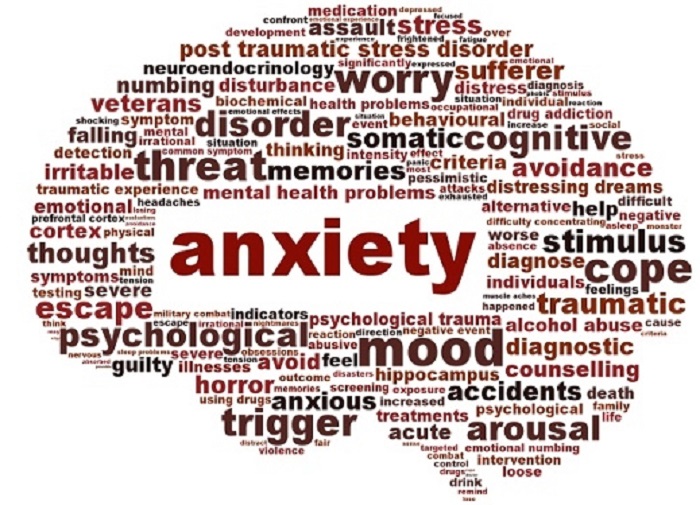 Cortisol is NOT a nasty little hormone, and by suppressing it, the body’s immune system can become seriously depressed and its hormonal balance severely knocked out of balance. Before any one hormone is ever altered and/or suppressed, a hormone analysis should be performed so all hormone levels are regulated and balanced synergistically.

What Cortisol Really Is

Cortisol is a steroid hormone made in the adrenal glands, which are small glands adjacent to the kidneys. Cortisol is released in the body during stress; hence is called the “stress hormone.”   But cortisol is more than a simple marker of stress levels – it is necessary for the function of almost every part of the body.

Cortisol is synthesized from cholesterol and acts through specific intracellular receptors to affect numerous physiologic systems including immune function, glucose counter regulation, vascular tone, and bone metabolism.   A pretty important hormone, if you ask me.

Excess production of cortisol is on the rise in today’s world because the level of stress in modern society is on going and increasing.   So in turn, weight gain is on the rise in part due to increasing stress.   Suppressing cortisol levels by using drugs is not the solution, nonetheless – decreasing stress, exercising regularly, eating correctly, and balancing the entire hormonal system is the answer to a ‘hormonally-related’ weight gain.   So, don’t blame unwarranted weight gain just on this very important hormone.

Why Cortisol is Important

Cortisol’s important functions in the body include the regulation of blood pressure and cardiovascular function as well as regulation of the body’s use of proteins, carbohydrates, and fats. Cortisol secretion increases in response to any stress to the body, whether physical such as illness, trauma, surgery, or temperature extremes, or psychological. Cortisol levels in normal individuals are highest in the early morning at around 6:00 – 8:00 am and are lowest around midnight. In addition to early morning, cortisol levels may be highest after meals.

Root of Weight Problems and Cortisol

There are thousands of weight loss programs, foods, and dietary supplements on the market today. The truth is, most pharmaceutical “controls” of weight management fail because when our bodies store excess weight, an underlying imbalance or lifestyle issue is typically at the root – even if the root is hormonal.

That’s why it is important to target weight management using a whole body approach that addresses the wide variety of factors contributing to weight such as stress management, regular exercise habits, healthy eating routines and dietary habits.   If hormones are at the root of weight gain, then a hormone test is recommended and imbalances properly addressed.

The Good, The Bad, and The Ugly

While the most common measurement of the cortisol level used to be in the blood, most practitioners now measure cortisol through saliva, as salivary cortisol levels have been shown to be a more accurate hormonal index.

Cortisol is a hormone that exerts good effects in the body. Cortisol releases glucose and amino acids for cellular energy and is associated with the “fight or flight” response. Whenever you’re under stress, whenever you’re sleep-deprived, or whenever you’re actually dieting and restricting calories for weight loss, your body senses that it is under stress and releases its primary stress hormone, cortisol.

Excess cortisol signals your brain to sense hunger and can increase appetite. If stress levels are not maintained and other hormonal levels are not regulated to balance the cortisol levels, then excess cortisol can stimulate water and fat cell retention, primarily in the abdominal region.   Elevated cortisol can also alter metabolic signals controlling blood sugar. By bringing cortisol back into a normal range, appetite is under better control, blood sugar remains normal, and fat cells continue to release fat.

But, lowering cortisol levels through forceful medications is not the solution to long-term, healthy weight management.   The natural solutions are:

A word of caution

Cortisol inhibitors can negatively react with medications. It is advisable for individuals taking aspirin or other anticoagulant substances on a daily basis to consult with a physician if taking cortisol inhibitors.

And certain drugs can lead to increased cortisol levels. Examples include the diuretic spironolactone and estrogen hormone therapy. Low cortisol levels can be caused by drug therapies with androgens or the anti-seizure medication phenytoin .

Highly trained athletes typically have higher-than-average cortisol levels, and women in the last trimester of pregnancy also generally have elevated cortisol levels. Recent research has even shown that drinking two to three cups of coffee per day can elevate cortisol levels. Likely due to the increased physical and psychological stresses associated with these conditions, persons suffering from depression, anxiety, panic disorder, malnutrition and alcohol abuse also often have elevated cortisol values. Rare tumors of the adrenal glands or pituitary gland can also lead to abnormally high levels of cortisol.

When cortisol is secreted, it causes:

1. A breakdown of muscle protein, leading to the release of amino acids (which are the “building blocks” of protein) into the bloodstream.
2. These amino acids are then used by the liver to synthesize glucose for energy in a process called gluconeogenesis.
3, This process raises the blood sugar level so the brain will have more glucose for energy.
4. At the same time, the other tissues of the body decrease their use of glucose as fuel.
5. Cortisol also leads to the release of so-called fatty acids, an energy source from fat cells, for use by the muscles.
6. Together, these energy-directing processes prepare the individual to deal with stresses and ensures that the brain receives adequate energy supplies.

The body naturally possesses an elaborate feedback system for controlling cortisol secretion and regulating the amount of cortisol in the bloodstream. If healthy, you should not have to depend on a medication to do this for you.

Almost immediately after a stressful event, the levels of the regulatory hormones ACTH and CRH increase, causing an immediate rise in cortisol levels. When cortisol is present in adequate (or excess) amounts, a negative feedback system operates on the pituitary gland and hypothalamus, which alerts these areas to reduce the output of ACTH and CRH, respectively, in order to reduce cortisol secretion when adequate levels are present.

There are natural ways to reduce stress and maintain cortisol levels.   Magnolia Bark, Epimedium, Theanine, Banaba leaf, green tea, Beta-sitosterols, chromium, and vanadium are natural methods to suppress cortisol and reduce the effects of stress. But be cautious if using these products often, and maintain frequent hormonal checks if doing so.

Magnolia Bark (Magnolia officinalis) is a traditional Chinese medicine used since 100 A.D. rich in magnolol and honokiol. These two active compounds are believed to contribute to the primary anti-stress and cortisol- balancing effects of the plant. Numerous animal studies have demonstrated honokiol acts as an anti-stress agent at low doses.

Epimedium is grown as an ornamental herb in Asia and the Mediterranean regions. Animal studies have shown that epimedium promotes healthy levels of epinephrine, norepinephrine, serotonin, and dopamine, but reduces elevated cortisol levels. Animal studies using epimedium have shown a reduction in bone breakdown, an increase in muscle mass, and a loss of body fat – each of which is linked to the observed reduction of elevated cortisol to normal levels.

Theanine is a unique amino acid found in the leaves of green tea (Camellia sinensis) and acts as a stress reliever. As such, theanine in green tea may be effective in combating tension, stress, and anxiety-without inducing drowsiness.

Banaba leaf helps the body balance blood sugar and insulin levels and may help some people resist the urge to snack between meals. High sugar levels and chronic insulin levels can lead to increased storage of fats and inhibition of the pancreatic enzyme lipase. High levels of insulin and/or reduced blood sugar can promote unnecessary cravings, which may lead to bingeing.   A clinical study found that Banaba leaf supplementation resulted in a mean loss of body weight of 1.25 and 2.4 pounds after 15 and 30 days, respectively.

Chromium acts as a co-factor for insulin and is essential for normal insulin function. Insulin resistance can lead to increased weight gain. The level of insulin is proportional to body fat content and influences satiety. Insulin levels are maintained within a healthy range by both chromium and vanadium.

Vanadium has been shown to stimulate glucose uptake and glycogen synthesis.   It has also been shown to maintain normal insulin sensitivity.   A hair analysis will show an individual’s chromium and vanadium levels.

There are thousands of weight loss programs, foods, and dietary supplements on the market today. The truth is, most weight management approaches fail because our bodies adapt to create defense systems to thwart unnatural attempts to loose weight. That’s why it is important to target weight management with a whole body approach that addresses the wide variety of factors WHY weight gain is a problem.

Cortisol is NOT a nasty little hormone solely responsible for unwarranted weight around the abdomen.   Cortisol is not the root issue to weight gain but merely a reaction to a deeper cause, and suppressing normal cortisol levels can create immunity issues and adrenal burn-out.

Dig deeper than quick fixes and forceful medications that temporarily patch weight symptoms. Address the ‘root’ cause of weight gain for a long-term healthy solution to weight gain.

Start Your 10 Steps to Detox to Reclaim Your Health 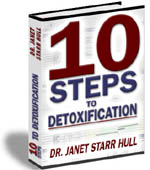