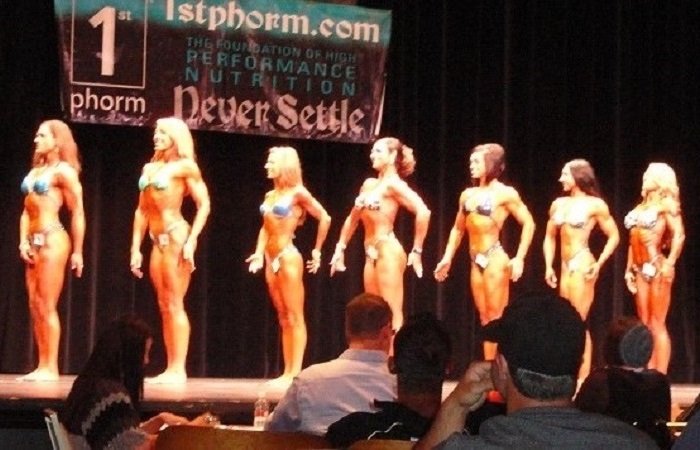 Your competition prep cycle should include the following if you want to be in your absolute best condition for the competitive stage.  This cycle stack my shock you.  It’s not performance enhancement drugs (PEDs) or even supplements.  In the end, it’s really just hard work, progressive overload, and consistency.  Also, it’s all 100% natural and free.  Who can ask for more than that?  With that, let’s get to the competition prep cycle you need to do to look spectacular.

This is the person that’s usually instantly inspired by bodybuilders or figure competitors at a competition, at the gym, or even off the Internet.  Usually, this person has been working out for just a few months.  They see their peers taking the stage and winning awards.  They believe a physique competition is something they want to do too.  The problem arises when they want to take part in a show that’s 6-8 weeks away.

If you have been working out for less than a year and decide to get stage-ready in 6-8 weeks, you have a lot more work to do.  It’s impossible to “dial-in” with such improper timing.  While you may can make it to the stage, the contest prep process alone will wreck havoc on such an inexperienced physique.  The biggest problem for a beginner is not enough of a solid muscle base and too much body fat. Stripping down the subcutaneous fat in just 1-2 months on a unprepared muscle frame is unrealistic.

The contest prep cycle contains 3 important parts.  If you follow this outline, you will get the results you want.  Sway off and try cramming the plan and you will arrive at your contest subpar and place lower on the scale.  Here’s the competition prep cycle.  It’s simple…

That’s it.  Break that into 12 months and you will be at your best.  Obviously, the longer you spend in your off-season building muscle the better off you’ll be.  In addition, a longer prep cycle, such as 16-20 weeks can pull you in leaner and tighter.  But, let’s break down 12 weeks so you get the idea.

Your off-season is the primary time you invest in building your solid muscle base.  You need at least a good year of hard and heavy training before you even decide to compete.  This strong muscle base is necessary for the intense dieting phase.  As you diet down and prep, you WILL lose some muscle.  That’s why a full year’s training is essential before you start your contest prep.

During your off-season training you need to be focused on eating enough calories to build muscle. You also need to be lifting heavy in the 8-10 rep range for ideal muscle gain.  You can prioritize weaker muscle groups and bring them up to speed for physique balance.  This is the time to use progressive overload to maximize your gains.

It’s okay to have a bit higher body fat levels in the off-season, but keep it within reason.  I would recommend keeping your body fat at 20% or less in your off-season. Having to diet off an excessive amount of body fat during prep time can eat up hard-earned muscle and make your prep difficult.

Your competition prep phase is probably the most difficult.  A few find it easy and fun.  This phase needs to be gradual, not a cut-and-dry change from the off-season.  Your goal in the pre-contest phase is to take off body fat while keeping as much muscle as possible.  The contest prep phase depends on how much body fat you have to shed.  If you keep your body fat 20% or less, you can get away with about a 12 week prep.  If your body fat is higher than 20%, you should prep for 14 weeks or more.  This is why it’s important to keep your body fat in check on the off-season.

This phase is not about reaching personal best and it’s not about experimenting with various dieting tactics.  This phase needed to be planned out in advanced and tweaked only when necessary.  The problem most competitors run into during the prep phase is changing everything all the time.  Don’t be impatient.  Create a plan and stick to it.  It’s as simple as that.  Allow the program to work, to prove itself.

The post competition phase is the one that’s usually butchered.  It’s not organized and many competitors don’t understand it, making it more of an issue.  Just the food deprivation itself is enough to send competitors over the edge post-comp.  The prep diet is usually never fun and as your show date draws nearer, the diet becomes more unhealthy, eating only what’s needed to strip fat and build muscle.  This is just fact.  You bring your weight from normal to well-below normal.  Your body will react when you start eating again.

The drastic weight gain some experience after a show is usually from extreme caloric increase and weight weight. Most competitors cut out their carbs a few weeks out from their competition.  Once they add carbs back right after the show, they plump up.  This is because 3 grams of water attached to every carb you eat.  A depleted body will swell up quickly when too many carbs are eaten post-comp.

One way to keep on control of this post-comp rebound is to reverse diet.  Just get back on the same diet you were on the week prior to peak week.  Stay on that for two weeks and slowly, over the course of weeks, add carbs back.  If you manage your post-comp plan properly, you won’t get too fat in the off-season.  In addition, your next prep will go much easier and you’ll retain more muscle.

It’s not enough just to train hard, you have to train SMART and CORRECTLY.  If you give yourself AT LEAST 12 months to lay the foundation, then cycle into prep mode, you will have more muscle and definition and shine on stage like the winner.  For information on how you can prep, see below…

Wait, That's Not All

Join over 75,000 competitive enthusiasts, just like yourself, who get insider contest prep tips and information to transform their body.  Get my FREE Contest Prep Crash Course so you can start transforming today.