To Bodybuilding And Sodium Intake; The Truth 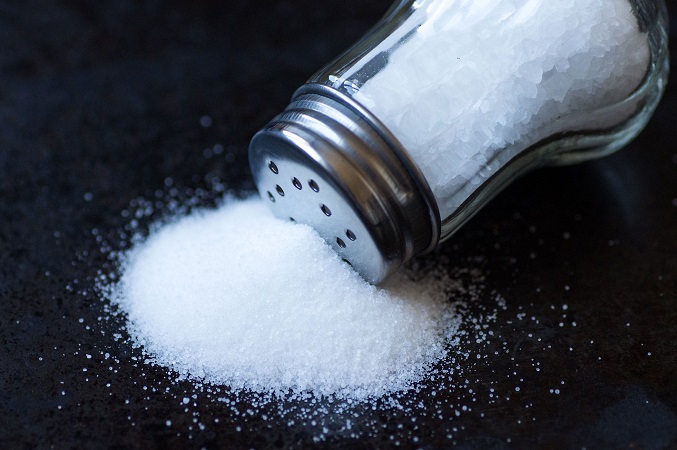 Common consensus says to stay away from salt at ALL COST!  What has the medical community “taught” us via media?  We’ve been told that sodium is bad stuff, that it’s bad for your health because it increases blood pressure and puts you at risk of a stroke or heart attack!  How frightening!  Salt can lead to, well ultimately death!  So we’ve been lead to believe.

Again, the above is common agreement because it was told to us by a higher authority.  But if you’ve followed me over the last 20 years online, you will know that I tend to have a different, more optimistic, belief system.  Why?  Well, because I tried their way and never made any progress using the general agreement system.  I went on to do my own studies and research and tested other methods which proved to work on myself and on my clients.

So what’s the truth about bodybuilding and sodium intake?  Well, stated as fact in Prescription for Nutritional Healing, “Sodium is necessary for maintaining proper water balance and blood pH.”  I didn’t say it, Phyllis A. Blach, CNC said it, and she’s a certified nutritional consultant with a certification from the American Association of Nutritional Consultations.

Nutritionists receive up to 5 years of education in the studies of nutrition.  Doctors only receive 2 clock hours of nutrition.  Doctors are mostly taught about drugs, procedures, and now insurance protocols so your diagnosis can be coded so you can be easier to “categorize” in the system.  I’m not anti-physician, but I do believe there’s more to minerals then the “healthy industry” gives credit.

Not only does Phyllis state that sodium is NECESSARY for water balance and proper blood pH, she also goes on to state that it’s also needed for muscle, nerve, and stomach function.

pH (potential for hydrogen) is the measurement to determine whether something is acidic or alkaline.  Your blood pH needs to be slightly alkaline otherwise you will have problems such as fat accumulation, illness, diseases, etc.

The Bloated Truth About Bodybuilding And Sodium Intake

Bodybuilding and sodium intake is the big question and now were are going to really get down to the nitty-gritty (pun intended).  I want to make it clear what salt is.  When most people think of salt they think of negative things such as high blood pressure, water retention, and heart attacks.  Sodium is a MINERAL!  A mineral is a micronutrient of natural occurrence.  It is needed in smaller amounts next to its counterpart the macronutrient (proteins, carbs, and fats).

This simply means that it is a natural component of you, just like water, and it is NEEDED for your body to function properly.  In fact, did you know that there are over 13 minerals your body needs on a daily basis to sustain life?  Your body cannot thrive without calcium, chromium, copper, iodine, iron, magnesium, manganese, phosphorus, potassium, selenium, sodium, zinc, etc.

These minerals, along with vitamins, take part in the actions of your body’s organs to keep them working properly.

But My Doctors Says To Cut The Sodium

Here’s the kicker about bodybuilding and sodium intake.  Salt gets a bad rap primarily from the older generations not taking care of themselves as they age.  They stop eating healthy (natural foods), they eat out (restaurants and fast food) more often, and eat a lot more processed food because it’s easier to prepare and it’s obviously convenient.

These “fake food” items are loaded with excess sodium and chemicals to provide overall flavor and texture enhancement.  These food-like items also Do Not contain the proper vitamins and minerals necessary for the body to function as it should.

CardioSmart.org tells us, “Researchers found that salt added to food outside the home—which includes processed and restaurant foods—accounted for more than two-thirds of daily sodium intake. The highest sodium consumption from processed foods was among young adults between 18 and 29 years old.”

It’s interesting how many people can justify eating junk food, yet they can’t justify a natural occurring mineral like salt.  The thinking of the public is skewed.

To add more drama to this cascade of events, they don’t take a high-quality multi-vitamin or IF they do take a multi- they take a cheap version that’s primarily ground-up rock.  Your basic $4 vitamin off the shelf of your local drug store, grocery store, or discount store just isn’t going to cut it.

When it comes to vitamins, you actually get what you pay for.  For a high-quality vitamin check some of the best-sellers at bodybuilding.com or get the Ultra Mega version at GNC.

In the end, they aren’t eating right, not taking good quality vitamins or not taking correctly to make up for that nutrition lacking in their food supply.  Therefore, they are getting too much salt leading to a multitude of problems.  These problems are we call diseases.

Here is as basic as it gets.  A simple copper deficiency can lead to early graying.  Did you know that?  Most people don’t.  THIS is how critical minerals are.  They are a part of your body and you need them, even salt, to flourish.

You Are Not Smarter Than Your Body

Look, your body is smart.  It’s built for survival and if it doesn’t receive the nutrients it needs from the food you eat, it is GOING to steal what it needs from other organs.  Your heart is your hardest working muscle in your body.

Your heart relies on sodium to function to its full capacity.  If you fail to get enough salt in your diet, your heart will steal the sodium it needs from your muscles.  This makes you weaker during your workouts and can cause cramps.

It’s such a sad thing; sodium is just as misunderstood as fat and carbs these days.  Just as with ANY nutrient, there’s abuse.  You can eat too many cheese burgers and get fat from eating too many grams of fat and carbs.  That does not mean fat and carbs are bad for you.  It’s how you implemented them into your diet.

It’s the same for bodybuilding and sodium intake.  If you eat too much sodium, over time you will have problems.  If you don’t eat enough sodium, over time you will have problems.  Are you aware that NOT having enough sodium in your diet can contribute to poor heart rhythms, spasms, a risk of a heart attack, as well as death?  Just as too much sodium can kill, so can too little. 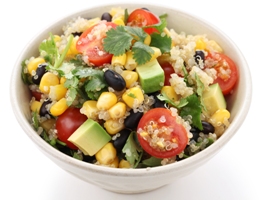 The tongue is one of your body’s devices to moderate food.  Keep in mind that the human body wasn’t designed to live in this day in age with the convenience of any type of food at an arms reach away.  The human body is designed to stay alive.  Your tongue serves as a survival tool to detect salty food for proper mineral balance.

So, as long as you are eating natural foods you can salt your food in your figure diet for flavor.  Processed food doesn’t need salt because it’s EXTREMELY high in sodium and low in the rest of the nutrients.  And I would limit processed foods as much as possible anyway since they don’t’ have any nutritional value.  You might be more nutrition by eating the box it came in.

Can I Salt My Food in My Prep Diet

As far as salt in your prep diet, the only time you will sort of limit your salt intake is about 3 days before your competition and that’s it. It’s just for a very short amount of time.

Here’s The Deal on Bodybuilding and Sodium Intake

So we answered the question about bodybuilding and sodium intake.  But, during peak week you want to lower it and I want to make it clear that you should not jerk all the sodium out at one time.   That will cause a multitude of problems. There is a proper way to lower sodium intake in a gradual manner so you can pull in hard and tight for your contest and still keep a level mineral balance. It’s CRITICAL that you get right for the total package on stage, and your overall health.

One More Thing You Should Know

In order to build muscle and lose fat, you need the right balance of calories, macronutrients and micornutrients.  Get my FREE Contest Prep Crash Course and learn all my secrets.  Click the link below for FREE and Instant Access...