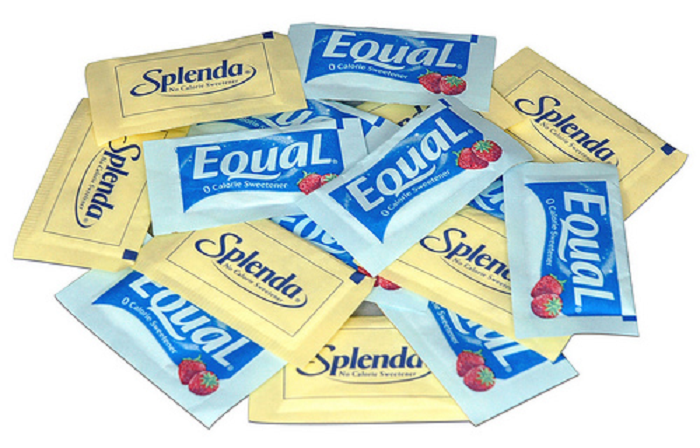 Aspartame The Taste That Kills

“I have spent several days lecturing at the WORLD ENVIRONMENTAL CONFERENCE on “Aspartame marketed as ‘NutraSweet’, ‘Equal’, and ‘Spoonful”‘. In the keynote address by the EPA, they announced that there was an epidemic of multiple sclerosis and systemic lupus, and they did not understand what toxin was causing this to be rampant across the United States. I explained that I was there to lecture on exactly that subject.

When the temperature of Aspartame exceeds 86 degrees F, the wood alcohol in Aspartame coverts to formaldehyde and then to formic acid, which in turn causes metabolic acidosis. (Formic acid is the poison found in the sting of fire ants). The methanol toxicity mimics multiple sclerosis; thus people were being diagnosed with having multiple sclerosis in error.

In the cases of systemic lupus, which is triggered by Aspartame, the victim usually does not know that the aspartame is the culprit.  The victim continues its use aggravating the lupus to such a degree, that sometimes it becomes life threatening.

When we get people off the aspartame, those with systemic lupus usually become asymptomatic. Unfortunately, we can not reverse this disease. On the other hand, in the case of those diagnosed with Multiple Sclerosis, (when in reality, the disease is methanol toxicity), most of the symptoms disappear. We have seen cases where their vision has returned and even their hearing has returned. This also applies to cases of tinnitus.

If You Are Using Aspartame…

During a lecture I said “If you are using Aspartame (NutraSweet, Equal, Spoonful, etc.) and you suffer from fibromyalgia symptoms, spasms, shooting pains, numbness in your legs, cramps, vertigo, dizziness, headaches, tinnitus, joint pain, depression, anxiety attacks, slurred speech, blurred vision, or memory loss — you probably have Aspartame Disease!” People were jumping up during the lecture saying, “I’ve got this, is it reversible?” It is rampant. Some of the speakers at my lecture even were suffering from these symptoms.

In one lecture attended by the Ambassador of Uganda, he told us that their sugar industry is adding aspartame! He continued by saying that one of the industry leader’s son could no longer walk – due in part by product usage!

We have a very serious problem. Even a stranger came up to Dr. Espisto (one of my speakers) and myself and said, “Could you tell me why so many people seem to be coming down with MS?” During a visit to a hospice, a nurse said that six of her friends, who were heavy Diet Coke addicts, had all been diagnosed with MS. This is beyond coincidence.

Here is the problem. There were Congressional Hearings when aspartame was included in 100 different products. Since this initial hearing, there have been two subsequent hearings, but to no avail. Nothing as been done! The drug and chemical lobbies have very deep pockets. Now there are over 5,000 products containing this chemical, and the PATENT HAS EXPIRED!!!!!

At the time of this first hearing, people were going blind. The methanol in the aspartame converts to formaldehyde in the retina of the eye. Formaldehyde is grouped in the same class of dmgs as cyanide and arsenic– DEADLY POISONS!!!

Unfortunately, it just takes longer to quietly kill, but it is killing people and causing all kinds of neurological problems. Aspartame changes the brain’s chemistry. It is the reason for severe seizures. This drug changes the dopamine level in the brain. Imagine what this drug does to patients suffering from Parkinson’s Disease. This drug also causes Birth Defects.

It’s Not a Product, it’s a Toxic Chemical

There is absolutely no reason to take this product. It is NOT A DIET PRODUCT!!! The Congressional record said, “It makes you crave carbohydrates and will make you FAT”. Dr. Roberts stated that when he got patients off aspartame, their average weight loss was 19 pounds per person. The formaldehyde stores in the fat cells, particularly in the hips and thighs.

Aspartame is especially deadly for diabetics. All physicians know what wood alcohol will do to a diabetic. We find that physicians believe that they have patients with retinopathy, when in fact, it is caused by the aspartame. The aspartame keeps the blood sugar level out of control, causing many patients to go into a coma. Unfortunately, many have died.

People were telling us at the Conference of the American College of Physicians, that they had relatives that switched from saccharin to an aspartame product and how that relative had eventually gone into a coma. Their physicians could not get the blood sugar levels under control. Thus, the patients suffered acute memory loss and eventually coma and death.

Memory loss is due to the fact that aspartic acid and phenylalanine are neurotoxic without the other amino acids found in protein. Thus it goes past the blood brain barrier and deteriorates the neurons of the brain. Dr. Russell Blaylock, neurosurgeon, said, “The ingredients stimulates the neurons of the brain to death, causing brain damage of varying degrees. Dr. Blaylock has written a book entitled EXCITOTOXINS: THE TASTE THAT KILLS (Health Press ).

Dr. Blaylock and Dr. Roberts will be writing a position paper with some case histories and will post it on the Internet. According to the Conference of the American College of Physicians, ‘We are talking about a plague of neurological diseases caused by this deadly poison”. Dr. Roberts realized what was happening when aspartame was first marketed. He said “his diabetic patients presented memory loss, confusion, and severe vision loss”.

At the Conference of the American College of Physicians, doctors admitted that they did not know. They had wondered why seizures were rampant (the phenylalanine in aspartame breaks down the seizure threshold and depletes serotonin, which causes manic depression, panic attacks, rage and violence).

Just before the Conference, I received a fax from Norway, asking for a possible antidote for this poison because they are experiencing so many problems in their country. This poison is now available in 90 PLUS countries worldwide.

Fortunately, we had speakers and ambassadors at the Conference from different nations who have pledged their help. We ask that you help too. Print this article out and warn everyone you know. Take anything that contains aspartame back to the store. Take the “NO ASPARTAME TEST” and send us your case history.

How bad is this? We told a mother who had a child on NutraSweet to get off the product. The child was having grand mal seizures every day. The mother called her physician, who called the ADA, who told the doctor not to take the child off the NutraSweet. We are still trying to convince the mother that the aspartame is causing the seizures. Every time we get someone off of aspartame, the seizures stop. If the baby dies, you know whose fault it is, and what we are up against.

There are 92 documented symptoms of aspartame, from coma to death. The majority of them are all neurological, because the aspartame destroys the nervous system. Aspartame Disease is partially the cause to what is behind some of the mystery of the Desert Storm health problems. The burning tongue and other problems discussed in over 60 cases can be directly related to the consumption of an aspartame product. Several thousand pallets of diet drinks were shipped to the Desert Storm troops. (Remember heat can liberate the methanol from the aspartame at 86 degrees F). Diet drinks sat in the 120 degree F. Arabian sun for weeks at a time on pallets. The service men and women drank them all day long. All of their symptoms are identical to aspartame poisoning.

Dr. Roberts says “consuming aspartame at the time of conception can cause birth defects”. The phenylalanine concentrates in the placenta, causing mental retardation, according to Dr. Louis Elsas, Pediatrician Professor – Genetics, at Emory University in his testimony before Congress. In the original lab tests, animals developed brain tumors (phenylalanine breaks down into DXP, a brain tumor agent).

When Dr. Espisto was lecturing on aspartame , one physician in the audience, a neurosurgeon, said, “when they remove brain tumors, they have found high levels of aspartame in them”. Stevia, a sweet food, NOT AN ADDITIVE, which helps in the metabolism of sugar, which would be ideal for diabetics, has now been approved as a dietary supplement by the F.D.A. For years, the F.D.A. has outlawed this sweet food because of their loyalty to MONSANTO. If it says “SUGAR FREE” on the label– DO NOT EVEN THINK ABOUT IT!!!!!l!

Death of a Bill Too

Senator Howard Hetzenbaum wrote a bill that would have weaned all infants, pregnant mothers and children of the dangers of aspartame. The bill would have also instituted independent studies on the problems existing in the population (seizures, changes in brain chemistry, changes in neurological and behavioral symptoms). It was killed by the powerful drug and chemical lobbies, letting loose the hounds of disease and death on an unsuspecting public.

Since the Conference of the American College of Physicians, we hope to have the help of some world leaders. Again, please help us too. There are a lot of people out there who must be warned, please let them know this information.” — Betty Martini

This is Your Warning

The poison ASPARTAME is found in all DIET soft drinks, most brands of chewing gum and everything with nutrasweet. Whoever cleverly controls what is in our foods must be trying to control society- either that or make the doctors richer- if an average citizen as myself can find out these things this easily I am sure the government knows quite well these poisons are killing people.