This is your final aspartame warning.  This page exists solely to try and spread the word about the numerous & serious dangers of regular aspartame (Nutrasweet, Equal) consumption. Currently the 100+ articles on this page contain facts & opinions from over 50 doctors & nutritionists, many of which have each “cured” their patients of many symptoms (including weight gain) simply by removing aspartame from their diet.

These 50+ doctors strongly recommend avoiding all aspartame products. Numerous articles detailing the unbelievable history of the aspartame approval are also provided, along with thousands of testimonials from former users. Some info. on the new sweetener Splenda (sucralose) found in Diet Rite soda is also provided. 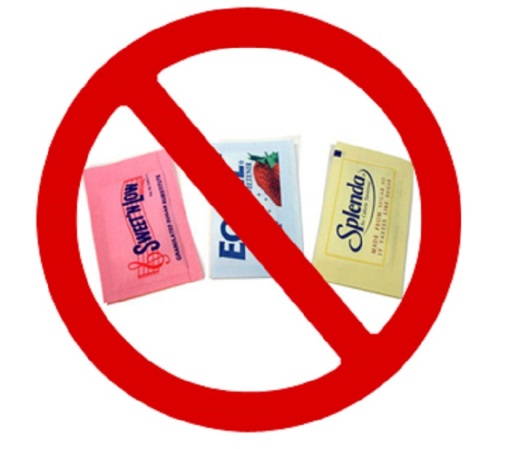 The multi-billion dollar aspartame industry would like you believe that “aspartame kills” is an “urban legend” and that you’d have to drink 100 cans of diet soda a day to be harmed by aspartame. This is just simply not true. Their main claim is that the 3 components of aspartame are found in many natural foods and are therefore safe. This is kind of like saying carbon monoxide is safe because all it contains is carbon & oxygen, the same components of carbon dioxide.

Methanol (wood alcohol), which makes up 10% of aspartame and is highly toxic (adult minimum lethal dose is 2 teaspoons), is also found in some fruits & vegetables like tomatoes. However, methanol is never found in natural foods without ethanol & pectin, its “antidotes” if you will (detailed facts below). Ethanol & pectin prevent methanol from being metabolized into formaldehyde (embalming fluid) & formic acid (same chemical as fire ant venom), both deadly toxins.

An ethanol drip is even the standard emergency room treatment for methanol poisoning. Aspartame contains no ethanol or pectin, therefore the methanol is converted to formaldehyde and formic acid. Phenylalanine and aspartic acid, the other 2 components of aspartame, are amino acids found in natural foods but always as part of long chains of many different amino acids to form complex protein molecules that take humans 12 hours to gradually break down & assimilate. According to the doctors below, when consumed by themselves these 2 amino acids require no digestion and quickly enter the brain & central nervous system at abnormally high levels, overstimulating brain cells to death and causing many other health problems.

“Pro” aspartame people point to industry sponsored short term tests, ignoring independent tests. They point to “reliable” health sites, organizations, foundations etc. that are sponsored, funded & fed “facts” by companies that profit from aspartame. And of course, the FDA approved it so “it must be safe”, neglecting to mention that the FDA denied aspartame approval for over 8 years until the newly appointed FDA commissioner Arthur Hull Hayes overruled the final scientific review panel, approved aspartame, and then went to work for G.D. Searle’s (initial owner of aspartame) public relations firm at $1,000 a day. Hayes has refused all interviews to discuss his actions.

The FDA also urged Congress to prosecute G.D. Searle for “specific false statements or concealed facts” stemming from Searle’s testing of aspartame. However, the 2 government lawyers assigned to the case decided against prosecuting G.D. Searle and then joined G.D. Searle’s law firm! Even the National Soft Drink Assn. filed a strong protest letter (available below) in 1983 against the approval of aspartame for use in beverages, saying “aspartame is inherently, markedly and uniquely unstable in aqueous media.” Also, the FDA still allows hydrogenated oils to be used, does that make them safe?

Our suggestion: First READ ALL THE QUOTES provided below, then go back and read some of the articles. And remember, they’re talking about the CUMULATIVE effects of regular aspartame consumption and that some people are more affected than others (but everyone is affected) due to a few factors including the condition of their protective blood-brain barrier. Bookmark this page and email it to everyone you know, especially pregnant women. New: Print out our Flyers below. 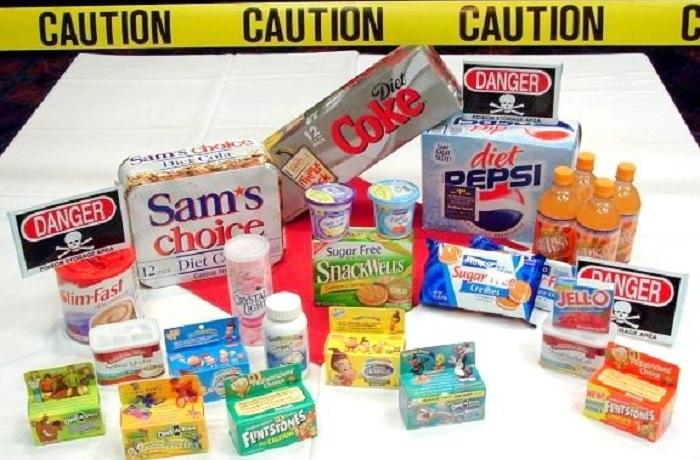 Visit 321Recipes.com & click on the “Aspartame Warning” link. Over 50 doctors & nutritionists warn about the numerous & serious dangers of aspartame.

Dr. Blaylock: “The ingredients in NutraSweet literally stimulate the neurons of the brain to death causing brain damage of varying degrees.”

Dr. Schachter: “What kinds of symptoms may occur as a result of ingesting aspartame? They may involve almost any system of the body…the effects of aspartame poisoning are cumulative.”

Dr. Edelberg: “FDA approval is no guarantee that a substance is risk-free…I routinely take patients off aspartame if they tell me they’re using it.”

Dr. Rhodes: ” We’ve got people who sought care from neurologists, psychologists, psychiatrists. They’re on a whole grocery list of medications for complaints that end up being traced to aspartame.”

Dr. Raiford: “Beyond the extensive visual damage that aspartame can and does create other organ systems are affected. Nerve damage to the arms, legs, central nerve impairment resulting in impaired nerve function as well as neurosis and learning difficulties in school work as well as behavior.”

Dr. Weil: “First of all, I would stop using NutraSweet…”

Dr. Hays: “For the past five years, numerous side-effects have been observed due to Aspartame (NutraSweet, Equal)…”

Dr. Hammerly: “I think it is prudent to avoid consuming aspartame. For those who have chronic health problems that have not responded to other interventions a trial of avoiding aspartame for several months may produce noticeable benefits.”