7 Dumb Things Figure Competitors Do That Ruins Their Contest Prep

Dumb Things Figure Competitors Do That Screws Up Their Prep

There are a LOT more than 7 dumb things figure competitors do that ruins their contest prep.  But, ’m going to cover the top 7 right now.  Read them over and see if you make any of these unforgivable mistakes.  If so, I’ll have a solution for you at the end of the article.

Okay, this may be a no-brainer, but you would be surprised at the number of competitors taking their calories from 1800+ down to a horrifying 1200 calories in a matter of weeks. Not only does such a drastic drop in calories trigger cravings but also it plays mind games with your thyroid. When you tap out your thyroid 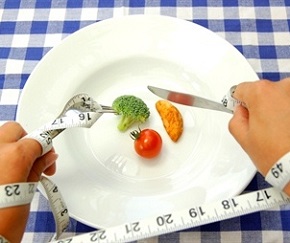 , you can kiss your super-fiery metabolism good bye.

Of course you will eventually lower your calories to prep for a figure contest, but you must do so in the proper manner, otherwise you’ll cause a cascade of metabolic disruptions to arise. A sudden and drastic drop in calories will also cause your leptin levels to fall which will make your fat burning efforts harder!

This is why many people suggest that dieting makes you fat. Well, yeah, if you starve yourself your body’s built-in survival mechanisms will kick-in and do what it takes to keep your body alive another minute, another hour, another day.  Your body is built for survival, not fat loss.  To lose fat you need to implement proper nutritional strategies.

If you wean out certain foods, group certain foods together, and eat at certain times during the day you can totally make fat loss work in your favor and the end result will be a drop in body fat and sometimes even lean muscle tissue development.

What are some other dumb things figure competitors do?  Oh, our friendly scale. Yes, it’s a great tool to use for weight loss.  But, when it comes to body fat loss and contest prep, it can get in the way. Am I telling you to avoid the scale? Nope, not at all, but if you are going to use it you need to understand that fat loss results come in many forms. The scale weighs you as a whole. It weighs YOU, including water weight, fat weight, muscle weight, organ weight; the whole shebang.

The downfall is, most competitors watch the scale and as they transform.  They lose fat and build muscle at the same time. If you lose 3 pounds of fat and gain 2 pounds of muscle, the scale is going to show a one pound drop. The athlete becomes disappointed. But what the competitor doesn’t realize is that she lost body fat and gained 2 pounds of metabolically active tissue that, in turn, BURNS FAT. What was actually a success in an improved metabolism and a drop in body fat is viewed as a failure because of not looking beyond the scale number.

Cutting Carbs Right Out The Gate

Day one of the figure diet and the enthusiast shaves carbs down to a meager 20 grams a day. Day two comes around and the hopeful steps on the scale sees a pound and a half drop in weight and continues with the “successful diet.” Day three arrives another half pound has dropped. Yea, the diet must be working. Day four arrives and the competitor-to-be is fatigued, weight has hit a plateau, and she barely has the energy to do 20 minutes of cardio. By noon mad sugar and carb cravings kick-in and she binges on the first sugary treat she can find.   After the cheat she’s plagued with disappointment and vows to start over again 100% in the morning.

You can’t imagine the number of times I hear this story and it’s all caused from carelessly cutting carbs too soon and too drastically in the figure prep diet.

The bottom line is that you can lower calories to drop body fat, but you must lower them properly. There is a right way and a wrong way to lower carbs, and far too many people are lowering them wrong and just screwing up their program.

Relying too Heavily on Protein Supplements

Ah, the great protein-supplement debate. If you ask me if they are worth it, I’d say yes, but it’s essential to know what to take, when to take it, and how much to take.

I think protein supplements are beneficial. After several years of eating 25-35 grams of protein for 6 meals a day, it can get somewhat old. So, tossing a meal replacement drink or protein bar in the mix as a snack meal can bump up your protein up.

However, my beef is, you never know what’s REALLY in them. So to at your best you might  limit the use at some point in your contest prep program.

Cheat meals, more dumb things figure competitors do.  I was training a group of girls and I allowed them a cheat meal once a week. My instructions were quite clear. A cheat meal once a week is just that, once a week you have one meal that’s not on your plan such as a nice juicy burger at your favorite restaurant, 1-2 slices of pizza with your favorite toppings, or indulge in the dessert you’ve been craving all week. It is pretty simple and straight forward.

They all began griping about how they were not getting results. I took the time to review their online journals.  I discovered that they were starting their cheat on Friday and binging all weekend until Sunday.

Well of course you are not going to get fat loss results if you eat well all week and then gorge Friday through Sunday.

You can take a cheat meal once a week if you are going to stick to your plan. But turning a designated cheat meal into an all-out feeding frenzy is just abuse.  The end result is fat gain. Do yourself a favor and be honest with yourself. If you took an entire cheat day own up to it, acknowledge it, and move forward.

Overtraining is a real thing, but most lifters are failing to acknowledge its existence these days. It’s a state in which the amount and intensity of your workouts exceeds your body’s ability to recover.

Yes, read the facebook memes and you’ll see such quotes as “there’s no such thing as overtraining.” You’re being flat-out lied to. Overtraining is a real thing.  You’ll notice it’s presence by a weight loss plateau, stubborn fat you can’t move, loss of strength, constant fatigued, etc.

Kristin Shaffer at www.figureandbikini.org states “Overtraining is a where we’re working out so hard that we don’t give the body enough time to recover and rebuild. The result is a lot of effort expended with very little results. You may be lean, but you are not achieving the shapely results you are looking for.”

You wouldn’t work your job 24 hours and never take a break to eat or sleep would you? If you did you wouldn’t be productive at all! The same thing goes for your body. It NEEDS rest to recover if you want it to perform and transform the way you want it to.

Think about it like this. If you had to have surgery would you want the surgeon who had a rested night’s sleep or the surgeon who has just got off the graveyard shift and hasn’t had any rest or sleep for the last week?

To build muscle that’s going to get the judges notice you when you are posing on stage you need to develop a strong base and that’s done through proper training.

However, proper training is not just limited to sets, reps and form. The sequence of your training plays a major role on the rate of muscle development.

You don’t need to do excessive exercises to build muscle. Simply by hitting the muscle using 1-2 compound exercises and 2-3 isolation exercises you’ve done more than enough to stimulate muscle growth.

Don’t be that girl who does barbell press, followed by dumbbell press, followed by Hammer Strength Iso-Lateral Press, etc. All that does is it’s hitting the same muscle area 3 different times. For shoulders you need to choose ONE compound exercise (sometimes two) followed by 2-3 isometrics. The idea is to stimulate the muscle, not badger the hell out of it.

The Solution to Dumb Things Figure Competitors Do

Those are 7 dumb things figure competitors do that messes up their chance at a win.  Just eat enough to support to nourish your body and don’t obsess about the scale weight. Use supplements wisely and take structured cheat meals.  Train enough to stimulate the muscle and use proper training sequence.

One More Thing You Should Know

Now, this is quite simple, but it's still the tip of the ice berg.  Get my FREE Contest Prep Crash Course so you can start transforming your body.  Click the link below for instant access...